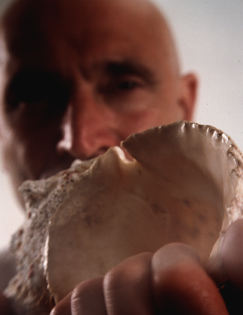 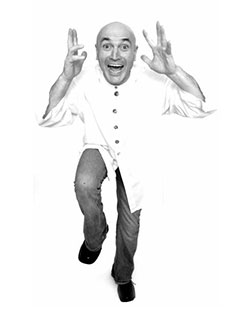 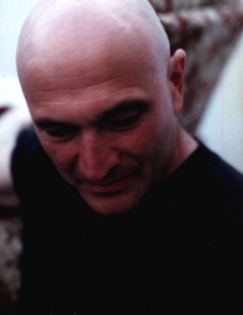 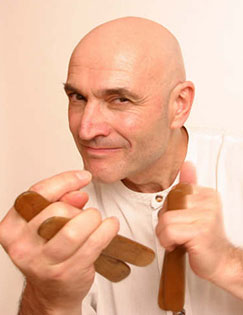 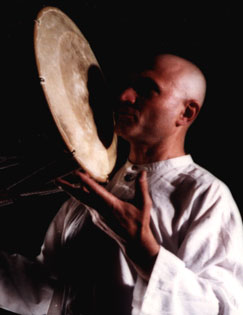 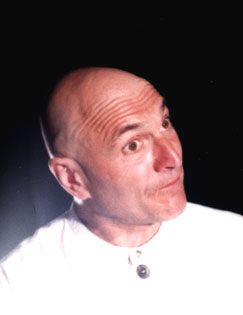 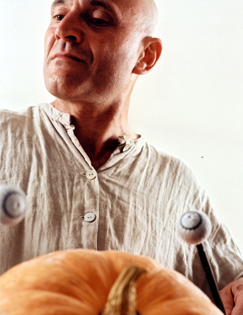 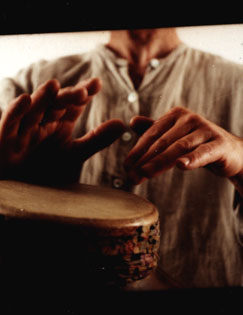 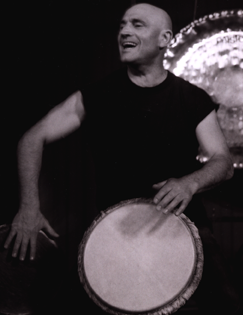 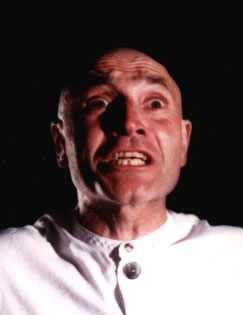 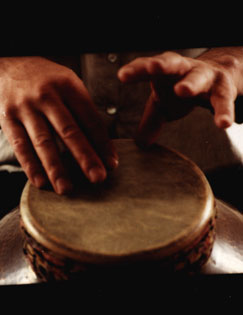 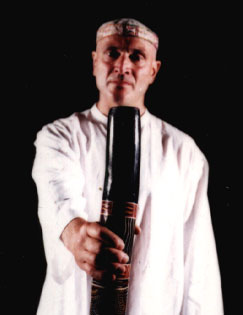 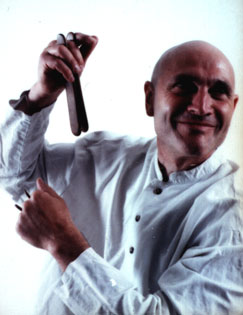 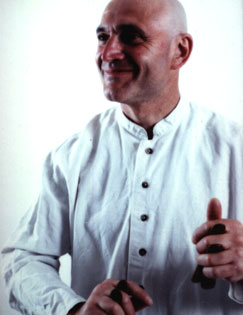 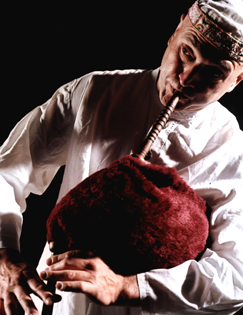 Boris Sichon was born in the Ukraine, where he finished Musical High School, in the study of percussion instruments. He left his home town for St.Petersburg to continue his musical education in the Academy of Music. During his studies he started working in the St.Petersburg Symphony Orchestra, where he worked with well known Russian conductors such as Yevgeny Mravinsky, Shostakovich, Badchan, Karapetian and many others.

After graduation form the Academy, Boris was invited to join the Jewish chamber musical theatre in Moscow as a stage musician and actor. After six years Boris left the theatre for a five year period of work as stage musician, dancer, and singer in the main Russian National Folkloric Band. During this period he had an opportunity to visit and perform in 25 different countries, on 5 different continents, where he started to collect traditional local instruments and learned to play from well known native musicians.

From 1990 onwards Boris had been working with the Footsbarn Travelling Theatre (France) as a musician and actor. He went travelling, collecting instruments, and rare and valuable musical information with the Theatre Company.

He then spent 5 years in Israel, working with Habima National Theatre, teaching at the Jerusalem Academy of Music and Dance, writing music for films and plays, as well as performing a great deal.

“Sichon is simply brilliant…and he does it (a performance) with a fascinating array of ethnic musical instruments gathered from all over the globe.”
(Peter Birnie,”Vancouver Sun”)

“Sichon is the quintessential artist…He is magnetic. His enthusiasm for the moment is contagious.”
(Janos Mate, “The Western Jewish Bulletin”)

“Boris it is a delight to watch people watch you. You are the best!”
(Sherrard Bostwick, Comminity Arts Development Programmer, City of Burnaby)

“We were delighted to have been able to offer the comminity a glimpse of your talent and unique collection of instruments.”
(Joan Roberts, Program Coordinator, Place des Arts, City of Coquitlam)

“The success of the event was in a large part due to the contribution of artists like you”
(Councillor Dan Johnston, Chair, City of Burnaby)

Here is what students and teachers say:

“Boris put on a very astounding performance that kept his entire audience captivated!!! It was wonderful to see Boris including the children in this amazing performance. The parents, teachers and children were left in awe to see such a show that captured all ranges of ages. What an outstanding performance!!!!”
(Michelle Bliss, Burquitlam Child Care Centre, Coquitlam)

“I liked all your instruments and they were cool! … Boris you are very, very, very cool! Can you come to Sperling again!?
(Sperling Elementary School, Burnaby, BC)

“That was super!…Wow, your performance today was great…You are really talented. I really had fun learning”
(St. Paul School, Richmond)